Why do women fight women, fight endless catfights in the office, making everyone “crazy”?

According to Wikipedia: “The crab basket is often used as a metaphor reflecting the behaviour “if I can’t have it, you can’t have it”. Crabs are mistakenly said to be able to easily escape from a crab basket. However, if a crab tried to climb out of the basket, it would be pulled back by other crabs.”

A workplace is not a kindergarten – but sometimes it feels like one. In kindergarten, girls fight among themselves, are jealous or gossip behind each other’s backs. Boys carry out quarrels with fists and yelling. Community, social contacts, a sense of belonging are vital elements in girls and they strive to achieve them, keep them. Boys quickly notice who is the leader, adapt or fight against it (more in my book, chapter: When boys become men and girls become women).

Does this sound familiar? You can gossip anywhere: in the cafeteria, quickly at the office desk or in the corridor. Gossip is part of our existence: we like to hear “news” about others, talk about it or pass it on. Positive gossip can confirm one’s worth and trigger self-confident emotions, while negative gossip belongs to the realms of self-promotion, self-protection and domination of another individual. The Dutch study on this can be found here.

Through gossip we reflect on our lives, actions and thoughts. They serve as a mirror that we need to make friends – or avoid (potential) enemies.

Negative gossip or slander is nothing more than talking badly about someone. Often there is envy and a lack of self-esteem behind it. In this way, a woman boosts her self-worth and ego, damages the reputation of others (character assassination) by spreading false facts and wants others to feel bad, insecure. Last but not least, she splits the team and creates a tense working atmosphere. It gets worse when the person being attacked has a subordinate role: since she is (very) low in the “food chain”, her boss is listened to first and (often) believed. She is, of course, judged according to her opinion. She sometimes does all this in the belief that she is doing something “good” and with the excuse, “I don’t want to harm anyone”, she explains her actions. Self-blinding, no doubt at the highest level….

Exclusion can be psychologically and physically painful: the anterior cingulate cortex (ACC) is a kind of neural warning system that is also activated by pain. In addition, the dorsal ACC is activated by affectively stressful components, i.e. sensory. Scientists suggest that the ACC, which is involved in pain and conflict recognition processes, has the goal of supporting social inclusion.

In short, one feels as if one has been physically hurt… on top of that, the affected person feels humiliated, anxious and unmotivated. Powerless against blasphemy. In this case, not only the left but also the right frontal brain is activated, as in the case of physical pain: it reacts to socially unpleasant, negative situations.

How do you stop blasphemy?

Self-reflection is needed: is there a basis of the spread “disinformation”? Pushing the negative feelings aside is not easy and requires high self-discipline.

The “eye for an eye and a tooth for a tooth” principle is counterproductive. You cannot cast out the devil with the Beelzebub: you will not achieve that the colleague changes her mind. On the contrary! The fronts harden even more.

A frank discussion, in the situation and not just the next day, is a good method: it is important to talk about the effects the rumours have on our emotional life and well-being. Keeping it on the factual level is the basis for not slipping into the emotional level. This way misunderstandings can be minimised.

If all this doesn’t help and the gossip keeps causing an emotional turmoil that can later be detrimental to health, the next step should be a written complaint to HR and superiors. But please respect the hierarchical levels.

I wish everyone who is affected a lot of courage, strength and perseverance to clean up the problem! 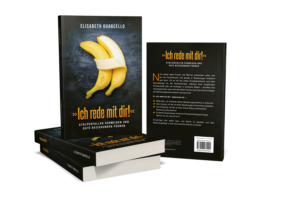